Apple has released a new software update for its Apple TV, the latest version of the software is version 6.0.1, and according to Apple it comes with performance and stability improvements.

Last month Apple released a larger update to their Apple TV at the same time as they released Apple iOS 7, that update added a number of new features which included iTunes Radio, AirPlay from iCloud and also a new podcast function. 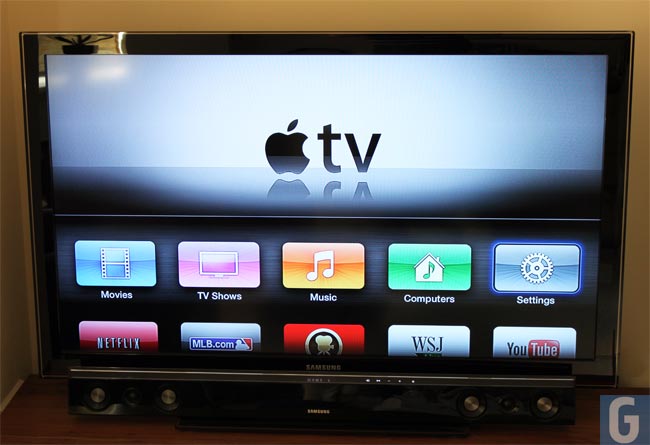 We also saw a new channel added to the Apple TV earlier in the week when OS X Mavericks was released, this is called the iMovie Theater channel and it works with iMovie on the Mac and iOS and allows you to share clips from iMovie.

We were hoping to see a new Apple TV at the iPad event this week, although we did hear that the device may be delayed, so it looks like that was correct.

It is still possible that Apple may launch a new updated Apple TV before the end of the year, although if it comes with major changed, Apple may wait until next year to announce it.

We are also hoping to see the new Apple HDTV next year, we recently heard that the device is expected to come with a choice of 55 and 65 inch displays.