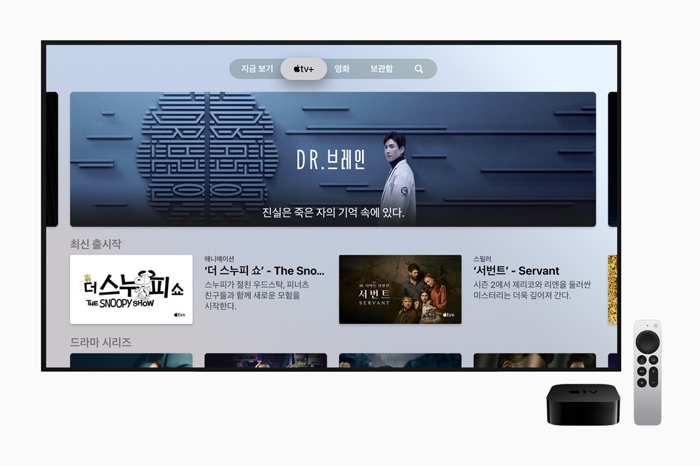 Apple has announced that it is launching Apple TV 4K, Apple TV+ and the Apple TV app in Korea on the 4th of November 2021.

The Apple TV+ will launch with a new Korean Apple original series Dr Brain which will be a Korean language show.

Apple today announced the launch of Apple TV+, the Apple TV app, and Apple TV 4K on November 4th. For the first time ever, Korean customers will be able to enjoy a range of high-quality video entertainment products and services from Apple. Korean customers also enjoy access to the popular video app, as well as popular studio movies, including the award-winning Apple Original series and movies on Apple TV+, through the Apple TV app and Apple TV, the ultimate entertainment device in the living room. You will be able to enjoy it soon.
To celebrate this special launch, Apple is launching the first Korean Apple Original series on Apple TV+, ‘Dr. Brain’ – Dr. Brain was released. In addition, new and existing SK Broadband customers can use Apple TV 4K as a basic set-top box to enjoy a variety of content, including real-time TV content and VOD movies and programs from B tv.

You can find out more details about Apple’s launch of their Apple TV, Apple TV+ and the Apple TV app at the link below.