Apple also released a software update for the existing second generation Apple TV, and the update brings the new user interface to the device, which you can see in the photo below. 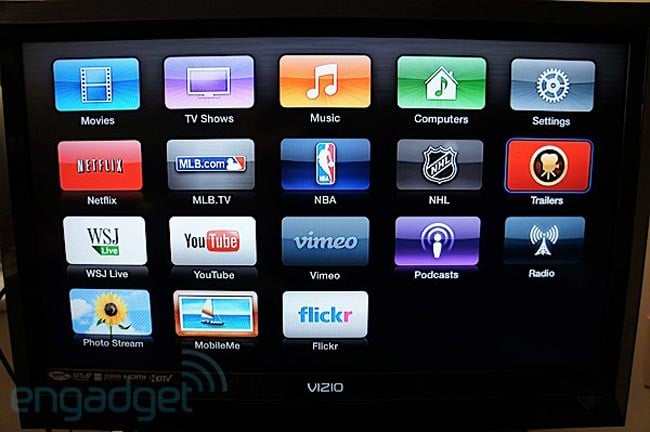 There are also a few other changes in the latest version of the Apple TV software which include the ability to play Netflix through your iTunes account.

You can find out more information about the new Apple TV 3, which now comes with support for full HD video in 1080p, as opposed to 720p video here.