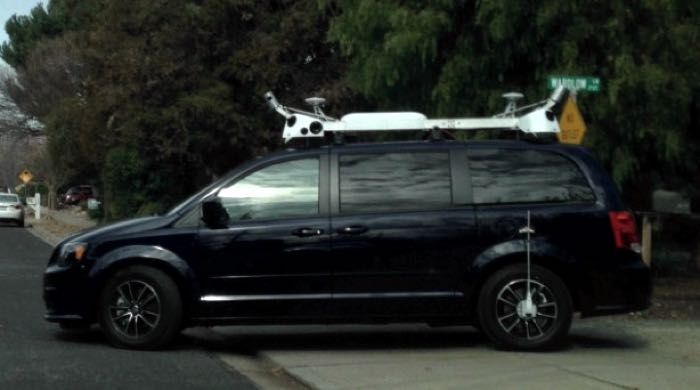 Google Street View vans  and cars can be spotted easily, all of Google’s vehicles have Google’s branding on them, and now some new vans have been spotted which may belong to Apple.

According to a recent report, there have been a number of sightings in California of the vans that are pictured above, these are apparently leased by Apple.

It would appear that Apple Maps is looking to take on Google Street View with these new camera vans which are apparently equipped with cameras on each corner of the vehicle.

There are apparently a total of 12 camera on the top of each van, and the technology that is used is apparently very similar to what is used on Google’s Street View cars.

Apple has been working to improve their Apple Maps software which replaced Google Maps as the default mapping software on iOS, and the company obviously has plans to offer a street view like feature in the software.