We all had a pretty good idea that iPhone 5S would be hard to find in many retail locations. The refreshed iPhone 5S was sold out at online US Apple store and showed a shipment date in October for all the three models in a few hours. The supply was limited in UK as well and it’s showing the same shipment date for iPhone 5S models as of now. Even O2 in UK told customers that the handset will be available in three to six weeks, in November. Now, it seems that Apple retail locations in UK are also out of inventory for the popular iPhone 5S. 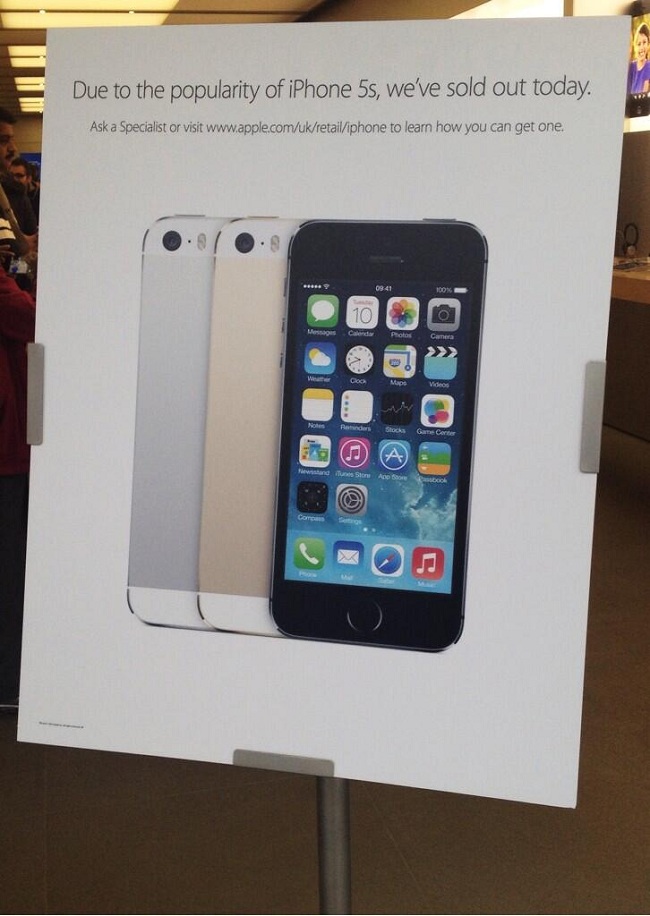 According to a tweet by Ashleigh Allsopp, a Macworld writer, Apple stores appears to be out of stock of the latest iPhone 5S in 30 minutes after the handset went up for sale. There is an out-of-stock board outside the Apple Store mentioning, “Due to popularity of iPhone 5S, we’ve sold out today.”

The good news is that you can drop by Apple Store at Regent Street, who confirmed they will have stock for all three colors on Monday. However, you should call them at 9am before paying the store a visit.