It looks like the date has been announced for the next Apple (AAPL) special event, as suspect it will be in September, on the Wednesday the 9th.

Apple is expected to reveal new iPods, which will probably feature cameras as we have seen a number of cases for the new iPods appear on the Internet. 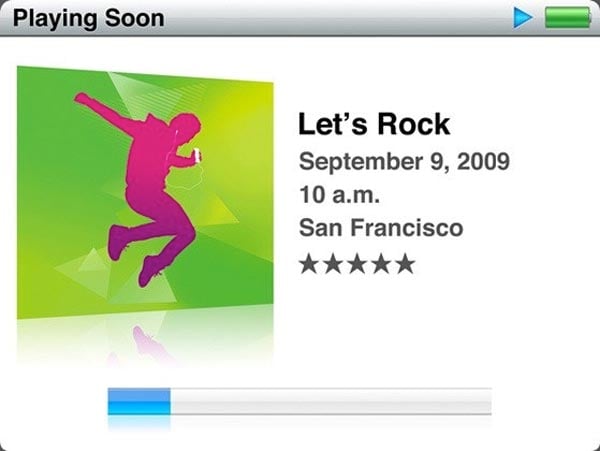 It is not clear whether or not we will see a new Apple Tablet, but this could possibly be released in 2010, I hope its sooner to be honest.

There is still no word on who will be presenting the event, it may be Phil Schiller again like the last event, who knows we may even see Apple CEO Steve Jobs on stage as he is obviously back working at Apple.

I guess we will have to wait and see until September the 9th to see what happens.

All Things Digital via 9to5Mac