As well as announcing the new iPad Mini yesterday, Apple as updated their iPad with a new faster processor and the lightning dock connector, many of the other specifications stayed the same.

Now Apple is offering the refurbished 3rd generation iPad on their website for $379, this is for the 16GB WiFi only model, Apple is also offering a number of other versions of the previous iPad. 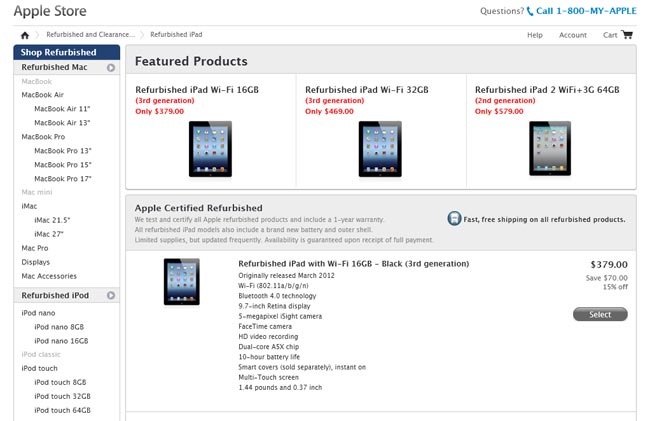 You can find out more details about the third generation iPad, which has now been replaced by the one that was announced yesterday, over at Apple’s website.