Appleinsider have released photos of a HDMI port on a prototype Apple Mac Mini. The rumoured HDMI port sits beside the mini displayport connector and is thought will be released later this year.

The prototype is said to be based on NVIDIA’s MCP89 chipset, which points to an older Core 2 Duo processor system but whether this will be the production version is yet to be seen. 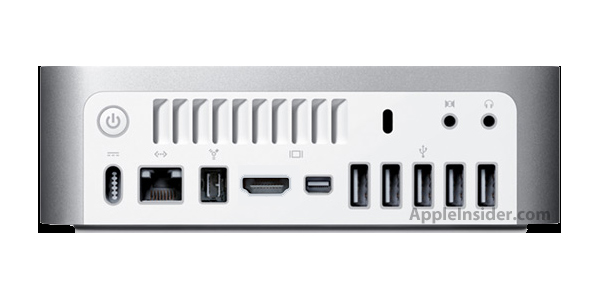 The new Mac Mini is only the second Apple product  to feature a HDMI port outside of the company’s Apple TV streaming media device.

HDMI video ports on new Mac models would enable users to connect their computer to an HDTV via one cable, rather than separate audio connections or other cable arrangements. Unfortunately there’s no exact release date or pricing at the moment.

Via Engadget Via Apple Insider