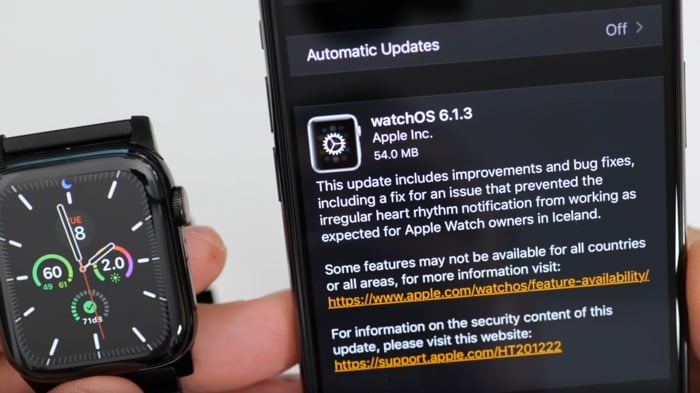 Apple has released a new software update for the Apple Watch, watchOS 6.1.3, the update comes with a number of bug fixes and performance improvements.

The update apparently fixes a bug in the OS which could have stopped the heart rhythm notification feature for working properly for Apple Watch owners in Iceland.

The video below from Zollotech gives us a look at what is new in the latest version of Apple’s watchOS software.

The new watchOS 6.1.3 software is a small update, it should be around 54MB in size, you can install it on your device rfom the Apple Watch app on your iPhone by going to General > Software Update.