About 10 days ago Apple released the iOS 4.3.4 update which was designed to fix a security flaw in Safari, and now Apple has released another update for the iPhone, iPad and iPod Touch, iOS 4.3.5.

The new iOS 4.3.5 update is compatible with the iPhone 4, iPhone 3GS, iPad and iPad 2 as well as the third and fourth generation iPod Touch, and it is another security update for iOS devices. 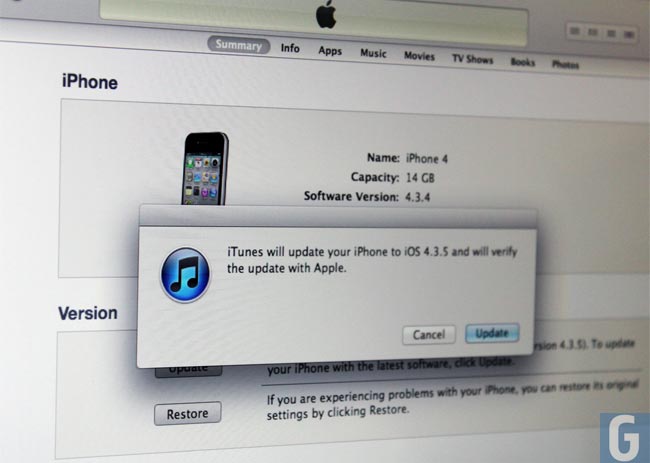 You can find out more information of the changes made in iOS 4.3.5 over at Apple, and it is now available to download for the iPhone, iPad and iPod Touch from iTunes.