Apple has released the latest version of their mobile OS, iOS 4.3, which was scheduled to be released on Friday with the launch of the new iPad 2.

iOS 4.3 brings a range of new features to the iPad, iPhone and iPod Touch, and some of these features include enhancements to AirPlay, improved performance in Safari, iTunes home sharing and changes to the way you use the slide switch on the iPad.

The changes to Apple’s AirPlay now lets you share more content from your iPad, iPhone or iPod Touch to your Apple TV, it adds in support for third party applications which support the feature and you can now also stream photos and home videos from your photo app. 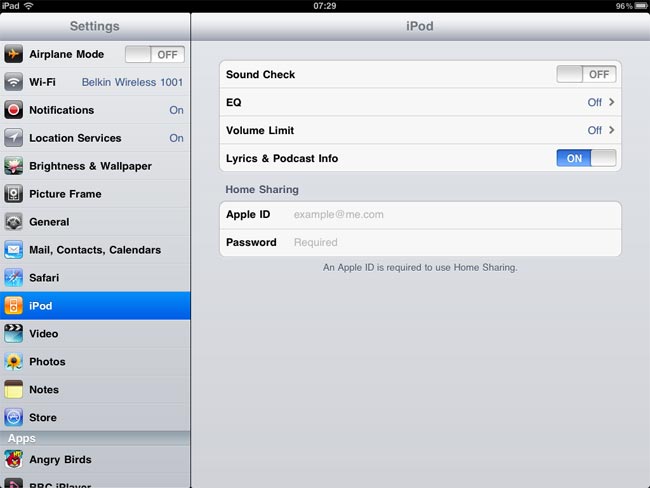 There is also improved performance in Apple’s Safari browser, and things have been speeded up, with the new Nitro JavaCript engine used to power Safari.

Probably the most useful feature in iOS 4.3 is home sharing, you can now stream all the content from your iTunes library direct to your iPad, iPhone or iPod Touch.

This is a really cool feature, as you no longer have to load movies and music onto your device, they can now be streamed over WiFi direct to your device, giving you full access to your whole library.

The final change is the slide switch on the iPad, I guess Apple have been listening to their customers as the slide switch can now either be used to lock the screen orientation or mute the iPad, this can be done from the setting menu in your device.

You can find out more details of all the changes in iOS 4.3 for the iPhone, iPad and iPod Touch over at the Apple website.