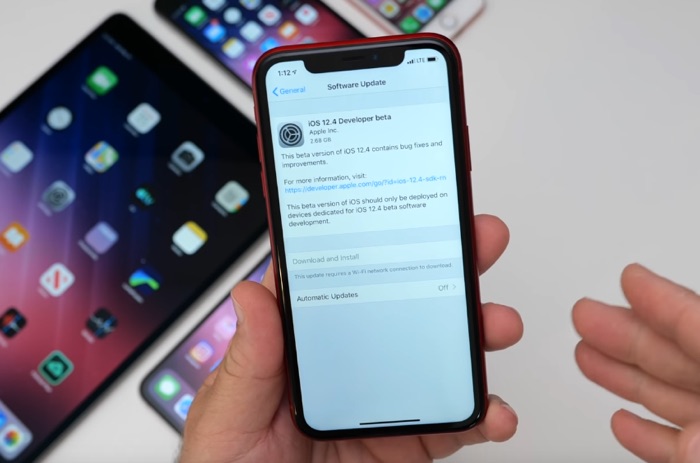 Following on from the release of iOS 12.3, Apple has released a new beta of their iOS software, iOS 12.4 beta 1.

The new iOS 12.4 beta 1 has been released to developers so far, it is also expected to be released to Apple’s Pubic Beta testing program soon.

As this is the first beta of iOS 12.4 it will be a while before Apple releases the software to  everyone, we suspect that it will be released some time in June.

As soon as we get some more information on what new features are coming to the iPhone and iPad with iOS 12.4, we will let you guys know.