I read a few digital magazines on my iPad and other devices and for the most part, I tend to prefer paper. I’m all for digital books since they don’t have photos, but when it comes to magazines, I prefer glossy paper. When Apple unveiled its Newsstand app a while back that sold full color versions of print magazines it was definitely a step up. 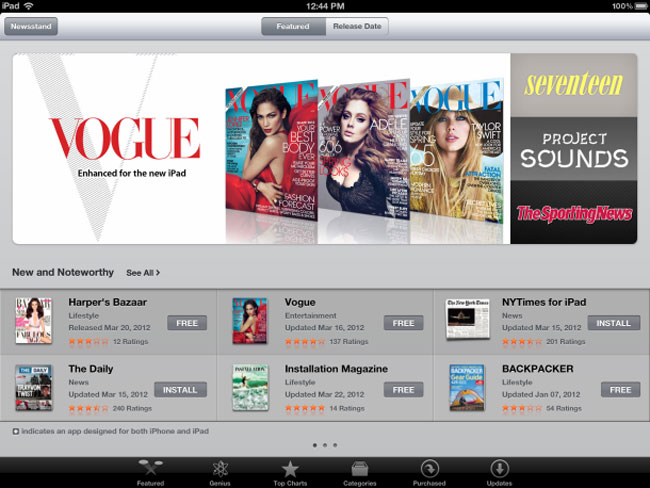 If you’ve ever wondered how successful Apple isn’t selling digital publications, it sounds like the Newsstand is reasonably popular. According to market research firm Distimo Apple is generating about $70,000 each day total from the top 100 publications purchased in the Newsstand.

The three most popular publications include The Daily, the New York Times, and New Yorker magazine. Apple keeps 30% of the money made from the digital publications and pays out 70% to content publishers. $70,000 a day is a lot of money, but in the realm of Apple’s profits, I guess it’s not that much.