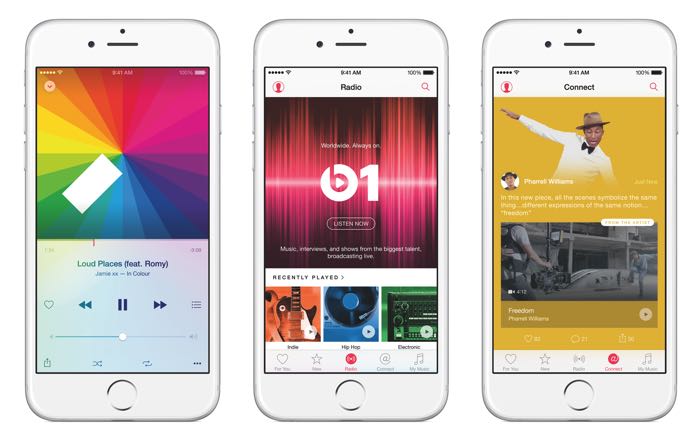 Now we have some details on how much of that monthly subscription will be paid to record labels and artists.

Here are the real numbers, according to Robert Kondrk, the Apple executive who negotiates music deals along with media boss Eddy Cue: In the U.S., Apple will pay music owners 71.5 percent of Apple Music’s subscription revenue. Outside the U.S., the number will fluctuate, but will average around 73 percent, he told Re/code in an interview. Executives at labels Apple is working with confirmed the figures.

Apple is giving everyone who signs up to Apple Music a free three month trial and the company will not pay the record labels anything for the tracks that are streamed during this trial period.

Apple was apparently able to negotiate not having to pay anything during the free trial period by paying more than other streaming services to record labels on the monthly subcription, the company is apparently paying around 1 to 2% more than the industry standard.