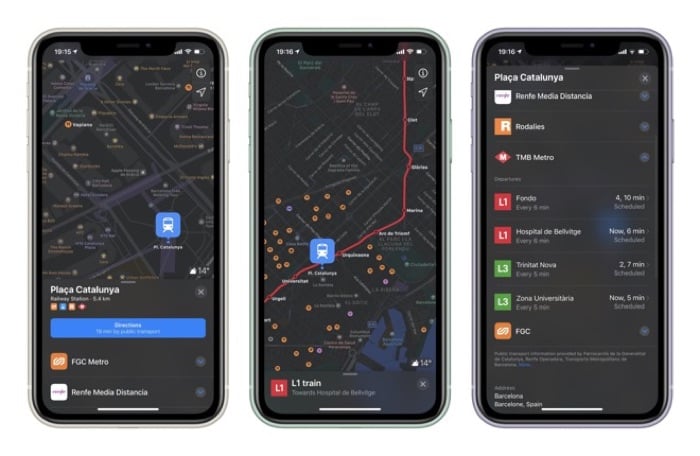 Apple Maps Transit directions were previously only available in the US and now it look like they have started to roll out in Europe.

The new Transit feature comes as part of the latest version of Apple Maps and so far it has apparently been released in Spain, France and other European countries.

The new Transit feature on Maps has been available in the US for some time, it originally started to roll out in the US back in 2015.

The Transit features gives you details on routes, departure times and more for buses, trains and other forms of public transport.