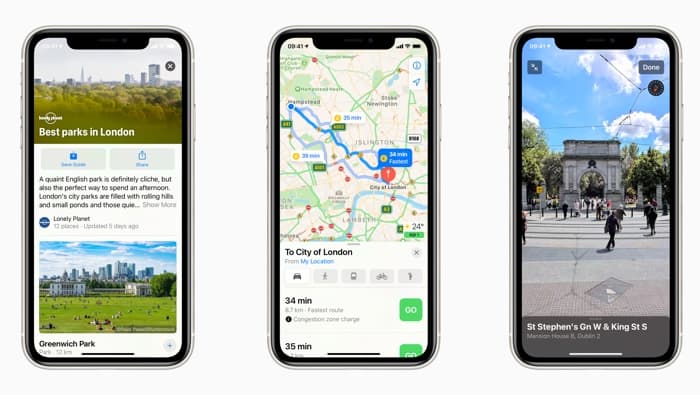 Apple released their fourth beta of iOS 14.5 yesterday and it looks like the software will bring some new features to Apple Maps.

The new feature will apparently be crow sourced information for Apple Maps, this was discovered in the new iOS 14.5 beta 4 and iPadOS 14.5 beta 4.

The Location Services feature in the app now comes with some additional information relating to privacy and crowd sourced information, you can see more details below.

Routing and Traffic: While you are in transit (for example, walking or driving), your iPhone will periodically send GPS data, travel speed and barometric pressure information in an anonymous and encrypted form to Apple, to be used for augmenting crowd-sourced road traffic and atmospheric correction databases. Additionally, when you open an app near a point of interest (for example, a business or park), your iPhone will send location data in an anonymous and encrypted form to Apple, which Apple may aggregate and use to let users know if that point of interest is open and how busy it is.

This sounds similar to the feature that Google Maps already has where it uses information from other users to provide details on traffic and more.

We are expecting the iOS 14.5 and iPadOS 14.5 software updates to be released some time later this month.