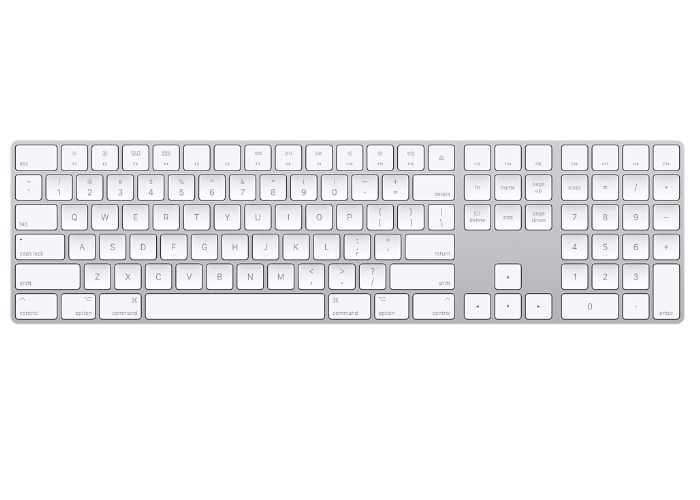 As well as announcing a wide variety of new hardware including new iMacs, MacBook Pros, iPad Pro and a wealth of new operating system upgrades tweaks and enhancements for both iOS and OS X.

At its official  Apple WWDC 2017 Apple has also announced the launch of a new Apple Magic Keyboard with number pad. Which is now available to purchase priced at $130.

The new Apple Magic Keyboard with numbered requires a Bluetooth-enabled Mac computer running macOS 10.12.4 or later and can be used with iOS devices running iOS 10.3 or later.

Magic Keyboard with Numeric Keypad features an extended layout, with document navigation controls for quick scrolling and full-size arrow keys for gaming. A scissor mechanism beneath each key allows for increased stability, while optimized key travel and a low profile provide a comfortable and precise typing experience. The numeric keypad is also great for spreadsheets and finance applications. And the built-in, rechargeable battery is incredibly long-lasting, powering your keyboard for about a month or more between charges.