Apple has now announced their new Apple Mac Pro at this years World Wide Developer Conference, and now we have some photo of this high end Mac from the guys over at Engadget.

The Apple Mac Pro features a completely new design, gone are the sharp lines of the old Mac Pro, replaced by a new cylinder like design, at the heart of this new Mac is a Thermal Core, and the components are built around the Thermal Core. 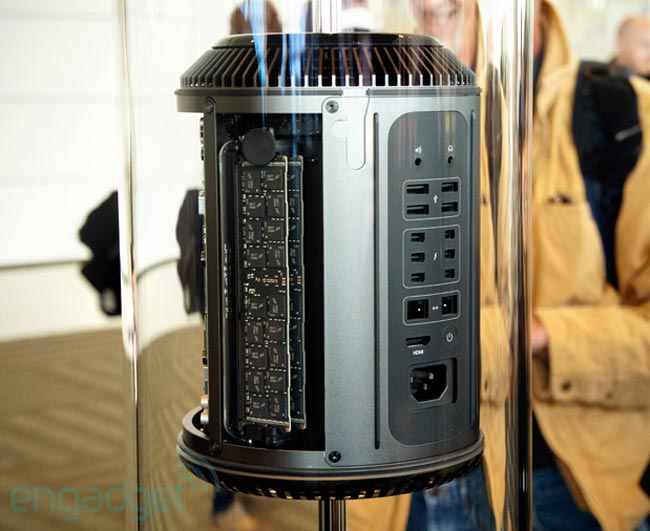 The Mac Pro comes with some impressive specifications, you can see more details on the new Mac Pro here, it will go on sale later this year, as yet we do not have any information on pricing, but we suspect this will be quite an expensive Mac, whether it will be price similar to the existing model remains to be seen.