Apple have stopped using CD’s to store their reinstall Mac Air software and have now started suppling small thumb drives with the software ready to use. Could this be the start of the end for CD’s, allowing them to following in the footsteps of the floppy disk? 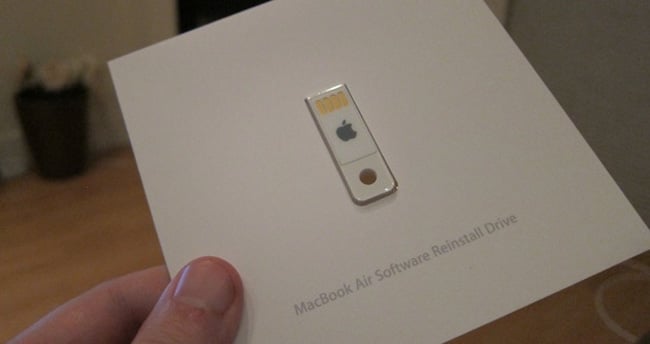 The new MacBook Air now no longer has to rely on external optical disk configurations or drives to install software as before. The option is still available though if you need to.

Another nail in the coffin for CD’s is Apple decision to now distribute its software via its Mac App Store and similarly Google’s Chrome Web Store.