Yesterday we published an article saying that the iPhone 5S event would take place on September the 10th, the news came from The Verge, who published a post early before Apple had actually sent out the invites.

Apple has now sent out the invites to their iPhone 5S event, and it will take place next Tuesday the 10th of September in Apple’s HQ in Cupertino, California at 10.00AM Pacific Time. 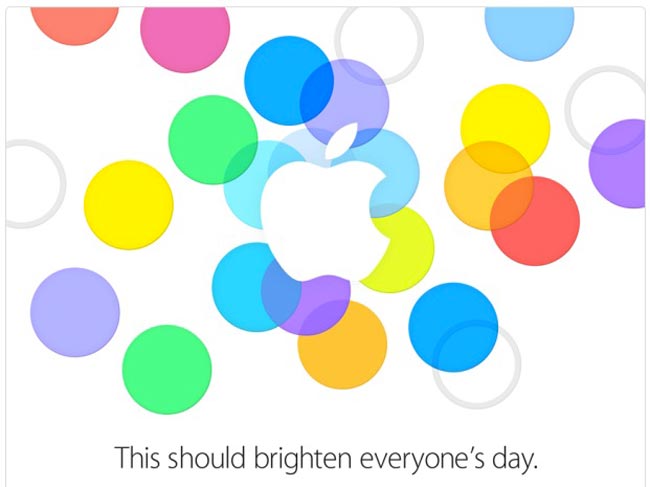 The invite from Apple comes with the tag line, ‘This should brighten everyone’s day’. Apple will be launcing the new iPhone 5S and also the iPhone 5C which will be available in a range of colors.

As well as the new iPhone 5S and the iPhone 5C, Apple will also reveal when Apple iOS 7 will be available, we previously heard that it will launch on the 16th of September.

Apple are expected to out the new iPhone 5S and iPhone 5C up for pre-order and the iPhone 5S is expected to go on sale on the 20th of September.