Earlier we heard that Apple had released Apple iOS 7 beta 5 to developers, and now we have more information on some of the changes that come with the latest beta of Apple iOS 7.

The settings icon menu gets a completely new design, the previous menu had blue icons and now the icons are different colors, have a look aty the photo below. 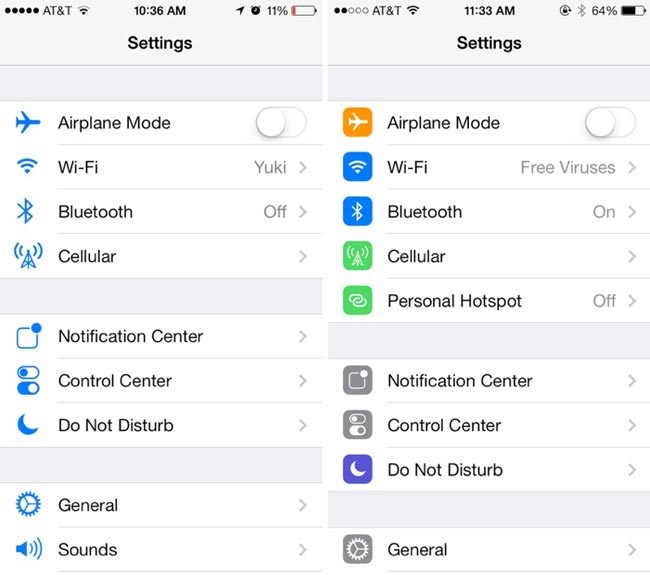 There are also some changes to the control center, you can now turn the function off which prevents the control center being accessed from the bottom of the handsets display whilst playing games or using other apps.

We are expecting Apple to release iOS 7 some time this fall, it could possibly arrive in September if Apple launch the new iPhone 5C and iPhone 5S next month.