Apple has been granted a patent for 5D technology, something which as yet apparently does not exist, the patent related to a wide range of things wich include advanced 5 technology, interactive gaming and more. 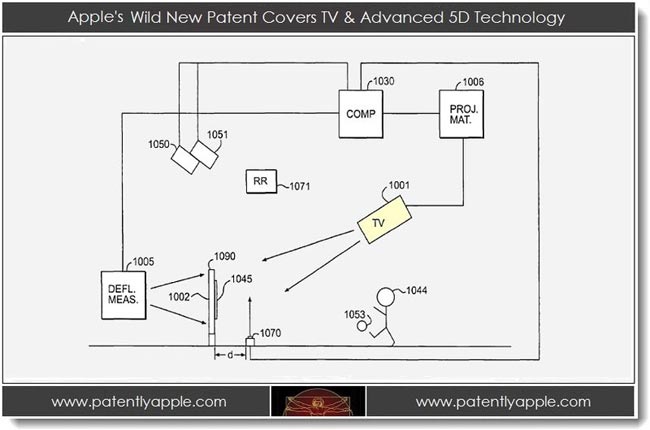 The US Patent and Trademark Office officially published a series of twenty-five newly granted patents for Apple Inc. today. This particular report covers a single, wild and crazy patent that touches on advancing television, advanced 5D technology, interactive gaming, teleconferencing, advanced tactile feedback technology, virtual reality data gloves and even a unique touch signature for starting a future vehicle. Is that wild enough for you

You can find out more information about this new patent which has been granted to Apple over at Patently Apple.