You will be able to watch the Apple event live on a Mac with Apple’s Safari browser, or an iOS device, the event will also be available on the Apple TV. 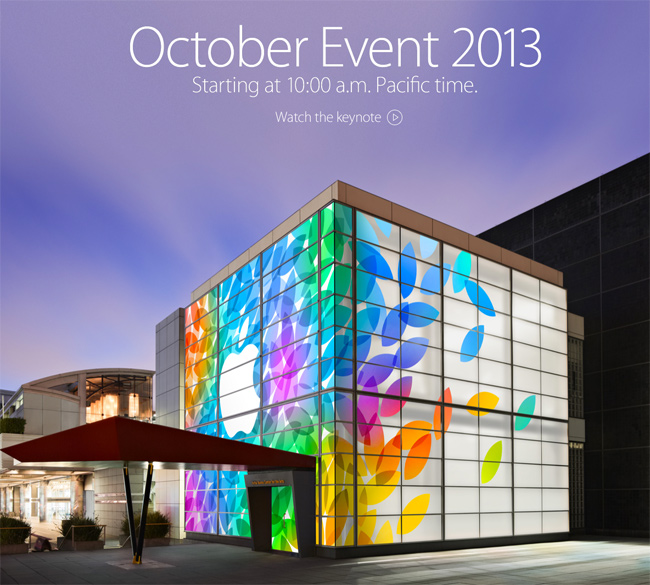 In order to watch the event, you will need Safari 4 or later on OS X 10.6 and above, or an iOS device running iOS 4.2 and above, the event will also be available on the second and third generation Apple TV running 5.0.2 or above.

The Apple Event takes place at 10AM Pacific Time, which is 6PM UK time, and Apple will announce their new iPad 5 and iPad Mini 2.

Both the iPad 5 and iPad Mini 2 are rumored to come with the new 64-bit A7 processor, both devices will be available in three colors, gold, sliver and space gray. 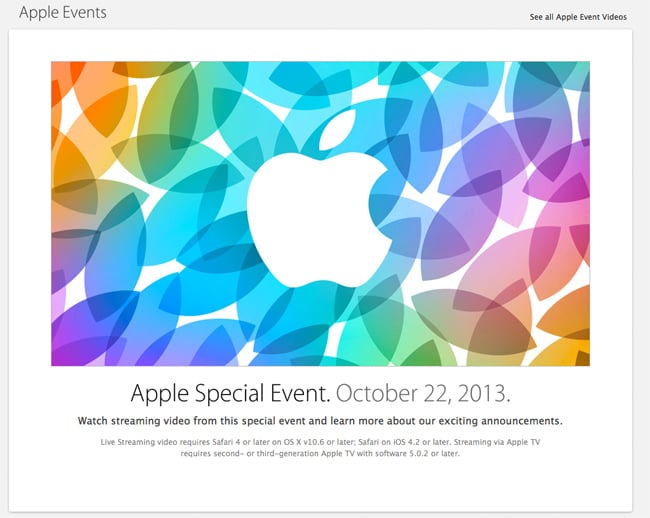 We are also expecting the iPad Mini 2 and iPad 5 to come with Apple’s new fingerprint sensor Touch ID, which can be used to unlock your device and is currently available on the iPhone 5S.

We will have full details on everything that Apple announces at their event later today, we are hoping to get a release date for the new Mac Pro, and OS X Mavericks.