Mobile security firm AuthenTec has announced that they have been acquired by Apple, in a deal which is worth $356 million, and Apple has agreed to buy the company for $8 per share.

AuthenTec develops a range of mobile security solutions as well as finger security for PCs and Notebooks, Apple has yet to confirm the deal. 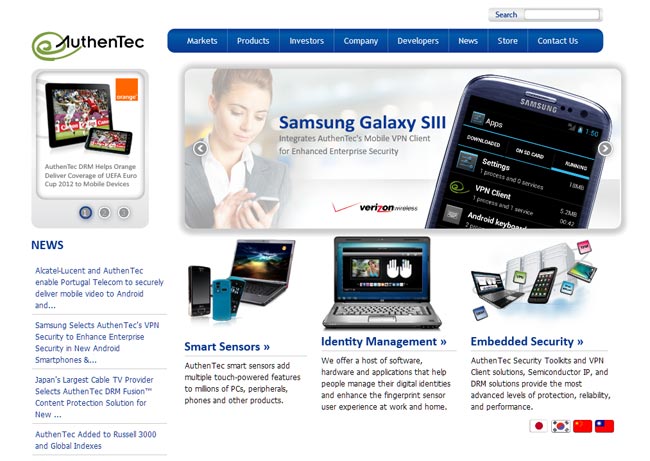 AuthenTec is a leading provider of mobile and network security,” the company says on its website. “Our diverse product and technology offering helps protect individuals and organizations through secure networking, content and data protection, access control and strong fingerprint security on PCs and mobile devices.”

There are no details as yet on what Apple will use the AuthenTec technology for although se suspect it may be something to do with future iPhones and iPad.

AuthenTec products are used by companies like Samsung in their Android tablets and smartphones in the enterprise sector, the company announced earlier this month that Samsung would be using their VPN client.