This photo of an Apple prototype home phone from way back in 1983 has been gong around for a while now. I ran across it again and though it was particularly timely with Apple’s recent iPhone touchscreen patents granted. 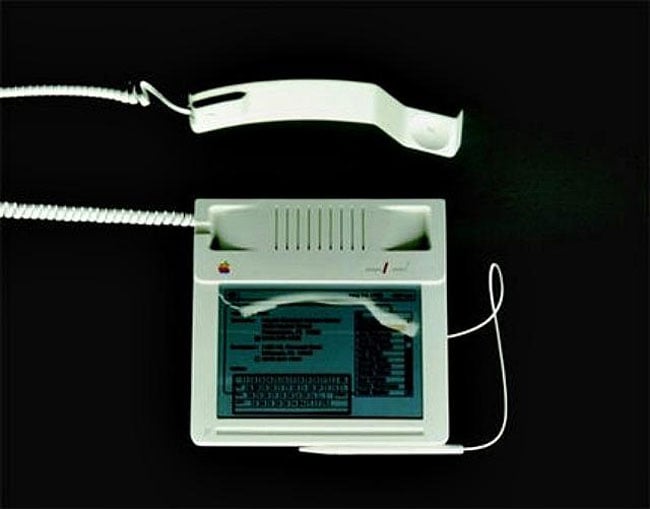 This shows that as frivolous as those touch patents Apple was granted seem, the company has been working on touch tech as far back as the 80’s. The on screen keyboard in the photo looks a lot like the iPhone keyboard. That phone looks higher-tech than many on the market today.

The device apparently stored contacts and had a stylus that was used for entering data. The phone never went into production and was designed by Harmtut Esslinger. He later started Frogdesign.