The rare Apple 1 computer system of which only 200 or so systems were ever created has been kept in a cardboard box at the owners house, Ted Perry, a retired school psychologist. It’s believed that only 30 to 50 Apple 1 computer systems are still in existence and the auction is expected to raise more than $500,000. 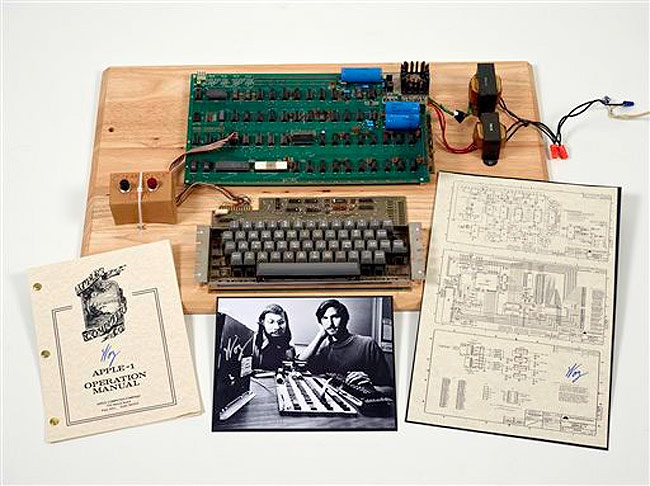 The Apple 1 computer system auction will run from today during the 24th until July 9th 2013. Another Apple 1 computer was sold last month for a record $671,400 by a German auction house, breaking a previous record of $640,000 set in November.

Ted Perry, now 70, acquired his Apple 1 computer back in either 1979 or 1980, as a secondhand item he saw advertised and traded for some of his other computer equipped for it paying nothing for the Apple 1 computer.