I am a big fan of digital books online iPad and Kindle Fire, but I haven’t tried any digital magazines or other digital publications though because I think it’s ridiculous that most publishers want the same price or more for digital version of the print magazines.

You’re not fooling me when it comes to your costs and digital publications and I refuse to subsidize failing print media. 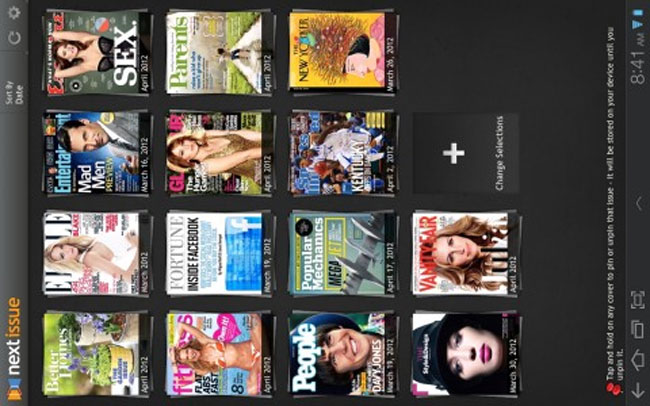 That said, a company called Issue Media has new app the work on Android Honeycomb tablets. The app costs up to $15 per month and will let you read all of the publications you want for as long as you pay the monthly fee. The caveat is that only a few publishers provide magazines provide the publications to the app.

The participating publishers include Hearst, Meredith, Time Inc. and Conde Nast. The good news is that those publishers are responsible for most of the popular magazines out there including titles such as Wired, Car and Driver, Sports Illustrated, and a bunch more. If they ever offer this app for my Kindle, I’ll use it.