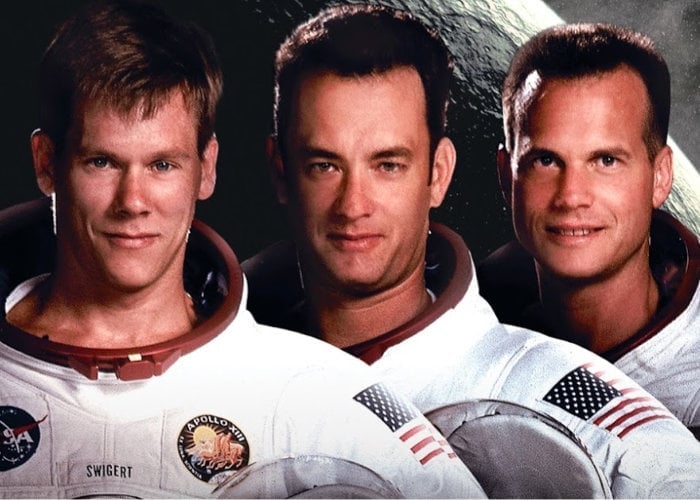 To celebrate the 50th anniversary of the Apollo 13 launch the Apollo 13 film directed by Ron Howard and starring Tom Hanks Bill Paxton Kevin Bacon Gary Sinise and Ed Harris, will be returning to theatre screens April 5th, 6th and 8th. Providing a chance to once again see the movie on the big screen and enjoy the largely accurate film version of the near-fatal mission.

“Technical troubles scuttle the Apollo 13 lunar mission in 1971, risking the lives of astronaut Jim Lovell and his crew in director Ron Howard’s chronicle of this true-life story, which turns a failed journey into a thrilling saga of heroism. Drifting more than 200,000 miles from Earth, the astronauts work furiously with the ground crew to avert tragedy.”

“Apollo 13 boasts a star-studded cast, but its even more remarkable achievement may be how director Howard executes a story of perseverance, unity and commitment to a higher purpose. Twenty-five years after its initial release – and a half-century after the arduous, near-fatal journey that made legends out of astronauts Jim Lovell, Fred Haise and Jack Swigert – “Apollo 13” shines as brightly as ever, thanks to its groundbreaking technical achievements, captivating performances and a soaring score by the late James Horner.”

Apollo 13 as a reminder how dangerous space travel is and what NASA will have to overcome once again when it returns to the moon sometime around 2024.