The recently released professional photo software Aperture 3.0  by Apple has been causing entire Mac hard drives to lock.  The apparent memory leak bug in Aperture 3.0 is allowing the software to create enormous page files which take up all available storage space on the Macs make them fail.

a large number of disgruntled Aperture 3.0 users are complaining on the Apple discussion forums about the problems.  “It’s the worst Apple upgrade I’ve ever had, Aperture 3 is now unusable to me.” Discoteca claims. 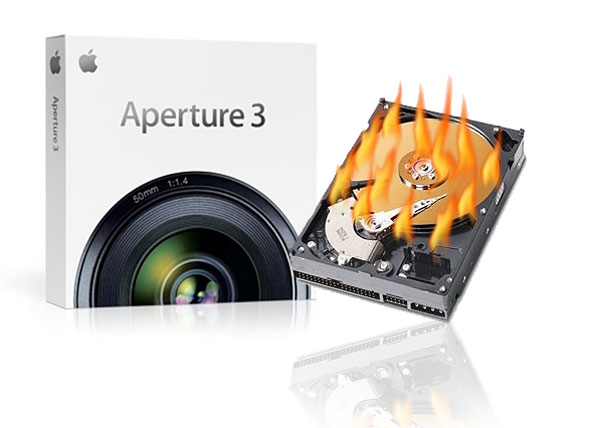 Currently Apple are taking the no comment stance at the moment but we’ll keep you updated as soon as a fix  is found.