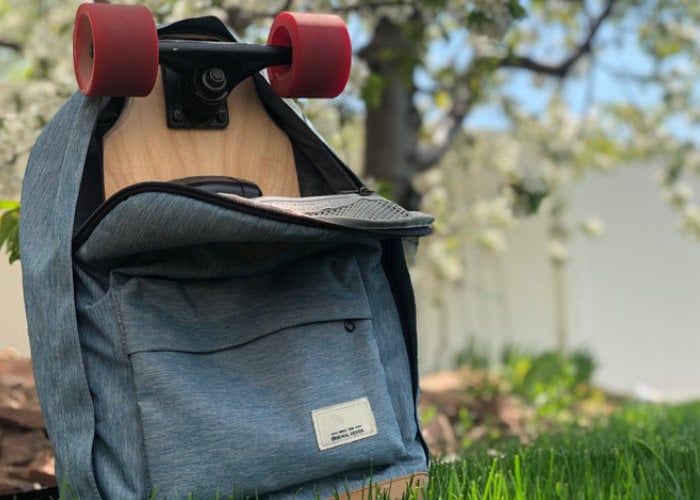 Early bird pledges are available from $249 or roughly £196 with worldwide shipping expected to take place during September 2019. “With this new board we didn’t have to worry about catching the bus, finding a parking spot, or locking up our bikes.”

For more information on the small electric skateboard jump over to the official Kickstarter crowdfunding campaign page by following the link below. The design team behind the Apa electric skateboard explain a little more about the reason behind the Kickstarter project. “With the funds raised from this campaign, we will be able to begin the U.S. production of Apa. With many successful prototypes and months of testing under our belts, we are absolutely confident the board we’ve designed will meet the needs of thousands of people. “