Earlier today we showed you an official press shot that had been leaked of the new HTC Runnymede smartphone, now we have an even better one which gives us a much better look at the device including the back of the HTC Runnymede.

As you can see from the photo, the HTC Runnymede will come with Beats Audio, and it looks like there is a dual LED flash next to the camera which is reported to an 8 megapixel camera, and also come with Android 2.3 Gingerbread. 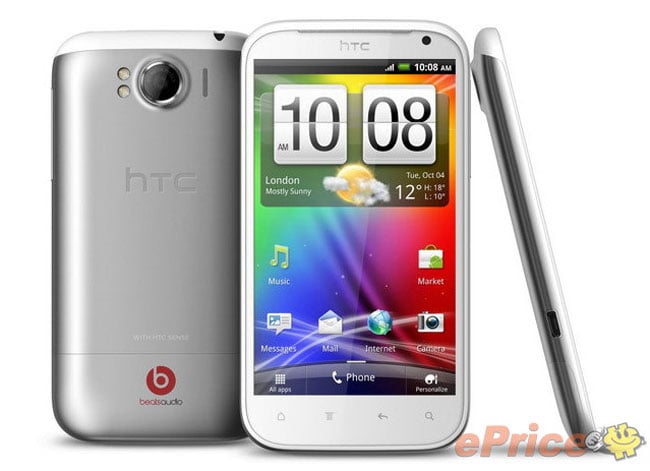 We can also see the front facing camera which is reported to be a 1.3 megapixel version, and we have heard previously that the Runnymede will come with a 4.7 inch multi-touch touchscreen display and a 1.5GHz processor, plus 768MB of RAM, 16GB of built in storage plus a micro SD card slot.