The Google Nexus 5 is not exactly Google’s best kept secret at the moment, earlier today we saw a photo of the handset being unboxed, now we have another which was apparently taken in an LG service center in Malaysia.

The new photos of the Google Nexus 5 was posted on Google+ by Lin Siong Soh, the handset is expected to launch before the end of the week with Android 4.4  Kit Kat. 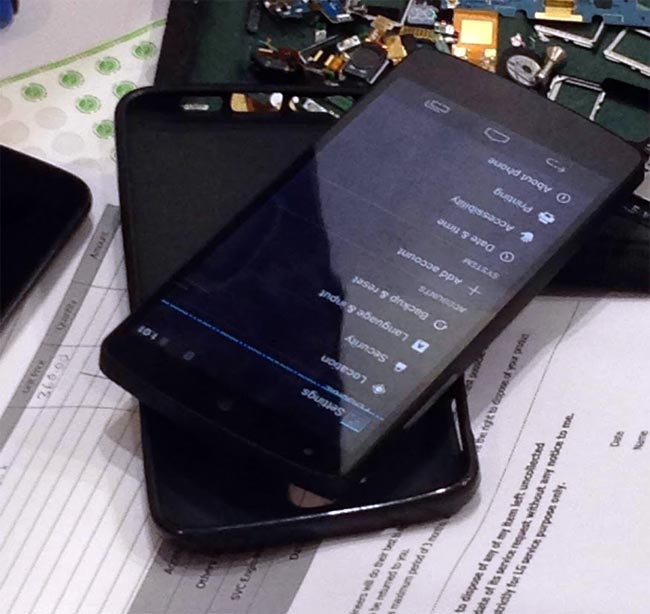 So far we know that the Google Nexus 5 will feature a 5 inch full high definition display with a resolution of 1920 x 1080 pixels, and it will have 445 pixels per inch (ppi).

The Nexus 5 will feature Qualcomm’s flagship mobile processor, the Snapdragon 800 which is a quad core processor, and it will come with a clock speed of 2.3GHz. 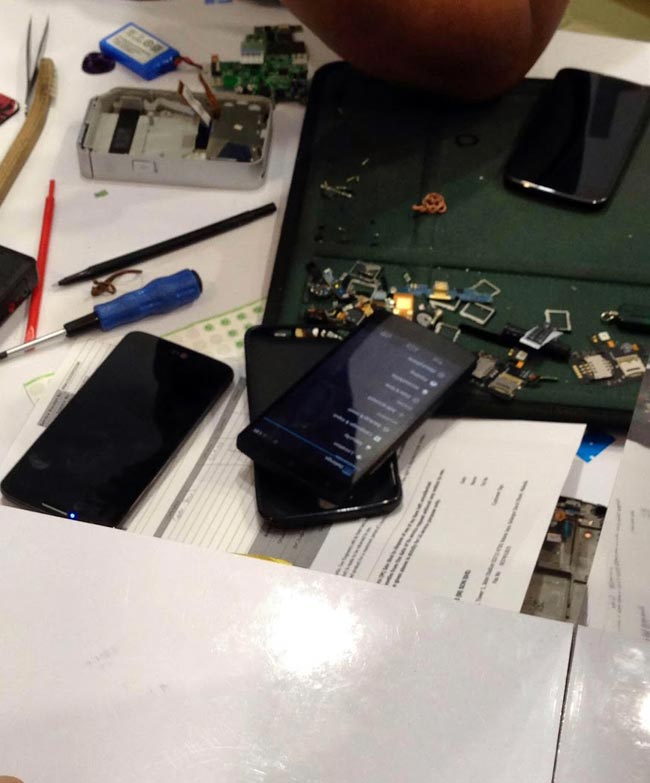 Other specifications on the Google Nexus 5 will include 2GB of RAM and a choice of either 16GB or 32GB of built in storage, the handset will also feature rear and front facing cameras.

On the back of the Nexus 5 there is an 8 megapixel advanced mobile camera that will come with Optical image stabilization, on the front of the device will be a 1.3 megapixel camera.

We are expecting the Google Nexus 5 to either launch tomorrow or Friday, and it looks like tomorrow may be the launch date, as soon as we get some more information we will let you guys know.