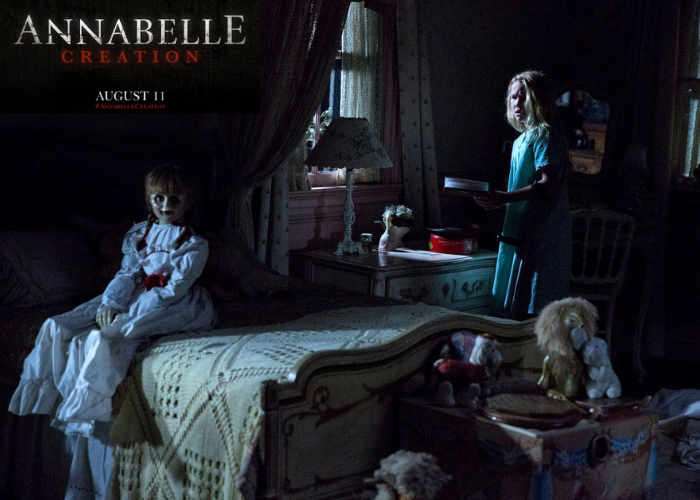 If you are feeling brave enough Warner Bros. have released a new virtual reality horror experience called Annabelle Creation VR which takes you on a 360 degree tour of Bee’s Room ahead of the movies launch on August 11th 2017.

So strap on you smartphone powered VR headset or high-end Rift, Vive VR gear to experience the Chanukah that is Annabelle, and the room that comes alive as you move through it.

This cinematic paranormal VR experience places you in the haunted bedroom of a child, where you are trapped in a game of hide-and-seek with Annabelle. The room comes alive as you move through it, while a possessed demon hunts you from all corners. There is no escape as you are compelled to face your greatest fears.