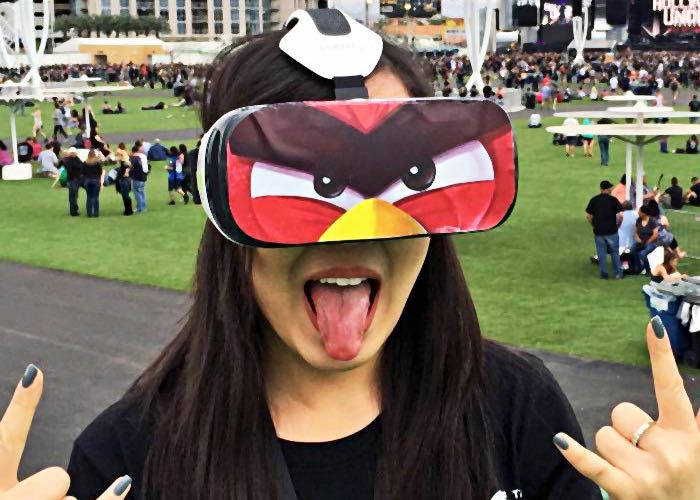 Angry Birds creator and developer Rovio is currently in the process of developing an Angry Birds virtual reality version of the game, with support currently for the VR headset created by Samsung in the form of the Gear VR.

VIP visitors to last weekend’s Rock in Rio event held in Las Vegas were able to put the experience to the test, explaining that the Angry Birds VR game features landmarks from the event’s venue.

Rovio hasn’t confirmed whether or not the new game will be a consumer release or was just created as a demo for the event. But its unlikely that Rovio would pass-up the chance to make more sales via the new VR hardware once it hits main stream release.

Unfortunately only a screenshot has been released by Rovio so far for their new Angry Birds VR game, but it takes very little imagination to consider what a virtual reality version of the Angry Birds game would look like.

Since its launch onto smartphone devices the Angry Birds franchise has teamed with over 2 billion downloads across all of its platforms if statistics published last year in 2014 are to be believed.

As more information comes to light on the development of the new Angry Birds virtual reality game we will keep you updated as always.