RIM has confirmed that everyone’s favourite mobile game, Angry Birds is headed to the BlackBerry PlayBook, and it should be available for the PlayBook some time this summer.

We don’t know as yet whether Rovio Mobile will be launching a paid version of Angry Birds for the PlayBook, or whether it will be a free version which is supported by adverts like the Android versions of Angry Birds. 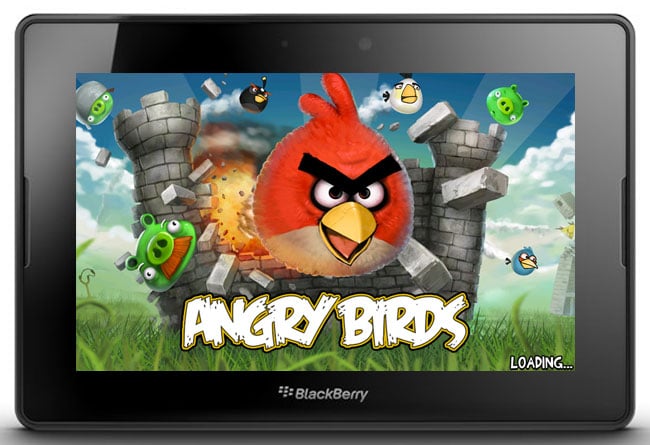 Angry Birds has become one of the most popular mobile games, across multiple platforms which include the Apple iPhone, iPad, and iPod Touch as well as Android devices.