Rovio announced the latest game in their Angry Birds series back in August, Angry Birds Go, at the time it was announced we did not now what the gameplay would be like.

Rovio has now released a gameplay trailer for Angry Birds Go, and the video below gives us our first look at what this new Angry Birds game will be like. 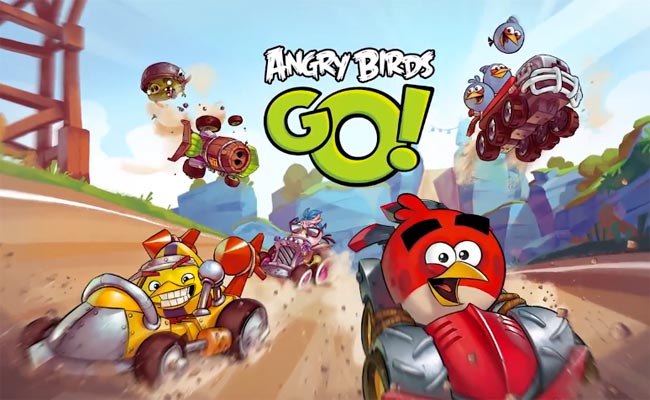 Feel the rush as you fling those freewheeling birds and piggies down the track at breakneck speed, with plenty of twists and turns in a thrilling race to the finish line!

But look out for hazardous roads, mischievous opponents riding your tail and special powers to put the race leader behind the pack. And go from soapbox car to supercar by upgrading your ride!

It certainly looks like a cool game from the video, Angry Birds Go will launch on the 11th of December and it is headed to Apple’s iOS platform and Google’s Android platform, BlackBerry 10 and Windows Phone 8.

You can find out more information about Angry Birds Go over at Rovio at the link below.