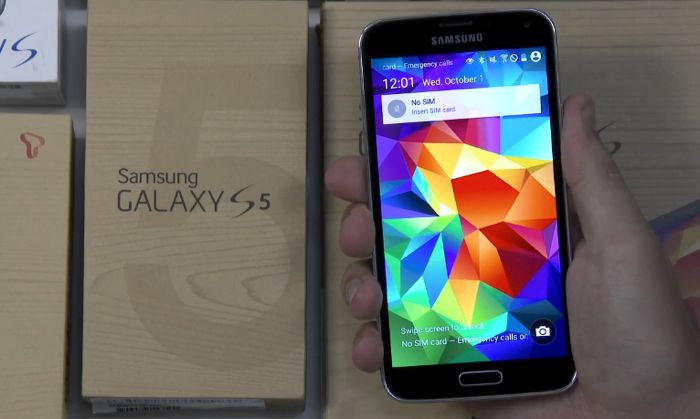 The guys from Sammobile have managed to get their hands on an early Android L build for the Samsung Galaxy S5, and have put together a video showing the new OS running on the handset.

The Android L build for the Samsung Galaxy S5 comes with the number LRW58J and it is apparently a test build for the Galaxy S5, it can be seen running on the S5 with the model number SM-G900F in the video below.

As you can see from the video, the Android L build on the Galaxy S5 also comes with Samsung’s TouchWiz UI, and it gives us an idea of what this new version of Android will look like on the Galaxy S5.

As yet there are no details on when Samsung will release the Android L update for the Galaxy S5, if Google releases it on the 1st of November, it will be available for Google’s Nexus devices first, when it will land on the S5 remains to be seen.