Today Mozilla has released Firefox Mobile 4 beta 5 for Android 2.1 and higher together with Firefox for Maemo, Nokia’s OS based on the Debian Linux distribution.

The main features on the new release have been leftin place and more advances have been made to the speed of the browser ,with speed increases in the following areas: increased responsiveness to panning and zooming, increased JavaScript performance and faster start up and page load times. 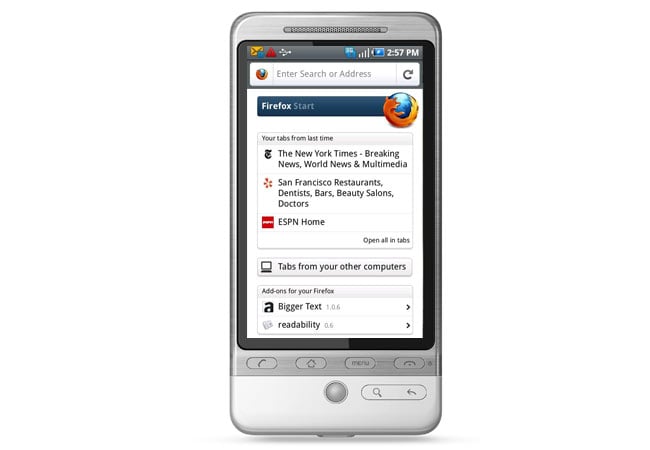 Together with a number of major stability improvements throughout the browser. The new Android Firefox 4 Beta 5 is now available in the Android Market.