Android App developers Chainfire have created a new remote control Android application allowing users to control a Canon EOS DSLR camera from the comfort of their Android smartphone or tablet.

The new application connects camera and Android device using USB and enables you to take full control of your Canon EOS using a live view. Tap the live view image to perform Auto Focus and tap-and-hold to move the zoom and focus area. Watch the video after the jump to see it in action and the setup required. 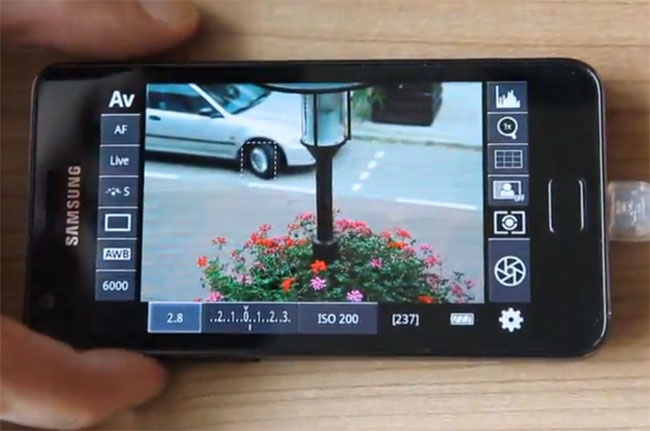 The new DSLR Controller app has just been added to the Android Market and is available to purchase for $8.51. But remember the DSLR Controller app is still in its Beta development stage so expect a few bugs to raise their heads in these early stages, but dont let that put you off.