Android 4.4 KitKat Update already rolled out for Nexus devices and Google Play Edition handsets, along with a bunch of other devices. If you’re a Samsung user, you should have pretty good idea that it is expected to roll sometime by the end of January next year.

Now, there’s another confirmation the roll out may take place by the end of January or early February. SFR, the French carrier, released possible roll out date for the Android 4.4 KitKat update for Samsung Galaxy S4 and Galaxy Note 3. 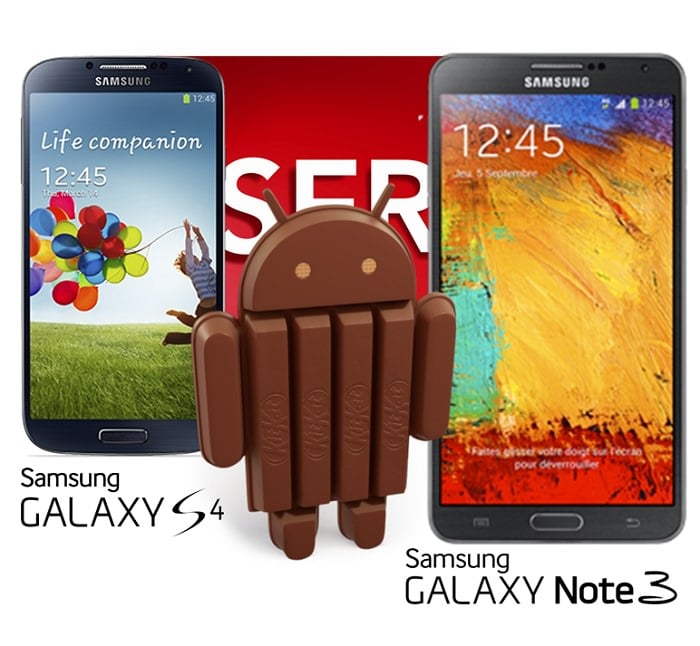 SFR has a record of releasing update roll out dates before an official announcement from the manufacturer itself, as they did with the LG G2, which if you don’t know didn’t happen yet. LG already announced the update will start rolling out by the end of first quarter in 2014.

If the late January roll out date is correct, you should know it might take a few weeks for the roll out process to complete and reach all global markets. So, there’s a change that it may take as long as February or March for the roll out to complete. Additionally, we’re hoping that it will be free of bugs compared to Android 4.3 update that came with more problems and issues than improvements.

We’ll update you if any extra information comes up related to Android 4.4 KitKat update for Galaxy S4 and Note 3. Also know that these are tentative days which are subject to change and may vary for different carriers and regions.