Reports are circulating that Android 4.4 KitKat 64-Bit support could be arriving sooner rather than later with Google is expected to reveal more during their 2013 Big Bang event that will be taking place on October 14th.

Android 4.4 KitKat is a major upgrade from the existing and latest 4.3 Jelly Bean operating system that is currently in circulation and will need to compete with the new 64-bit architecture launching in Apple new flagship iPhone 5S smartphone later this week. 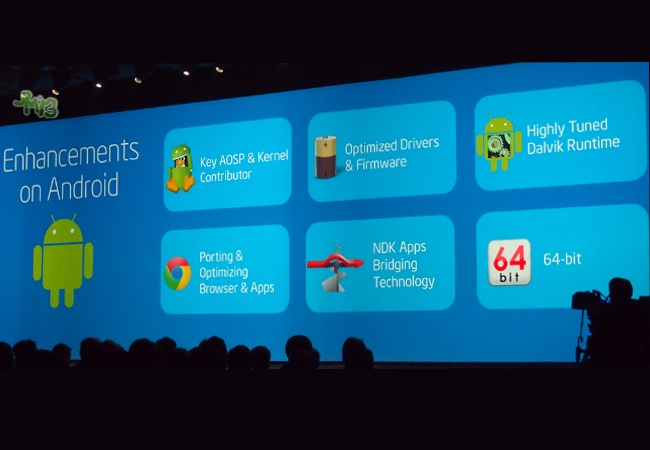 As you can see in the recent slides shown at the Intel Developer Forum last week, Android 4.4 KitKat 64-bit support is mentioned as an upcoming “enhancement” for Android devices that will have Intel chips under the hood.

Google is expected to unveiled its new Nexus smartphone gather with their new Android 4.4 KitKat mobile operating system in the middle of next month and as always we will keep you updated on developments as they happen.