It looks like Google could be getting ready to release a new version of their mobile OS, Android 4.2.2, which has yet to be announced, but recently appeared on a Nexus 4 smartphone featured in a video by Czech website SmartMania, the video has now been marked as private.

The photo below shows a screenshot from the video, and as you can see from the photo, the version of Android that the Nexus 4 is running is Android 4.2.2. 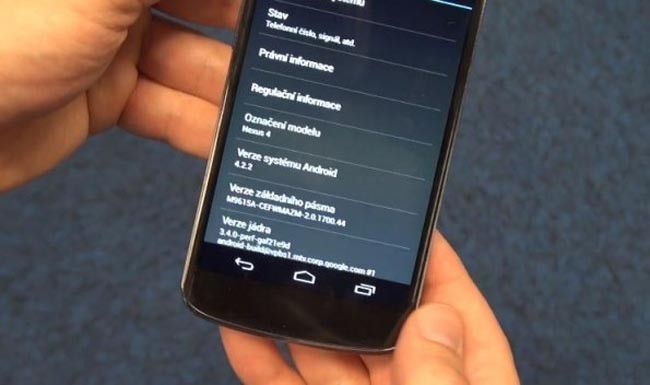 As yet we do not have any information on when Google will release Android 4.2.2, as soon as we get some more information, including what changes Android 4.2.2 will include we will let you guys know.