Google has announced its latest Android distribution figures, and the latest figures cover the two week period up until the 4th of September, and Android 4.0 Ice Cream Sandwich is now on 20.8 percent of all Android devices. 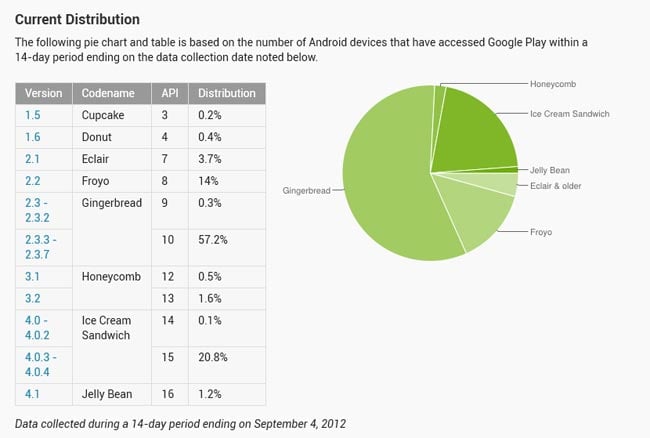 The Gingerbread distribution has dropped again since the last figures were released, and we also have Android 2.2 Froyo on 14 percent, Eclair on 3.7 percent and Donut and Cupcake on 0.4 percent and  0.2 percent respectively.

We also get some information on the latest version of Google’s mobile OS, Android 4.1 Jelly Bean, this is now on a total of 1.2 percent of all Android devices, you can find out full details over at the Android Developers Blog.