Google has released its latest stat on what versions of Android are being used on Android devices, we last some some figures two weeks ago, and now the latest figures reveal that Android 2.2 is being used on 63.9 percent of devices. 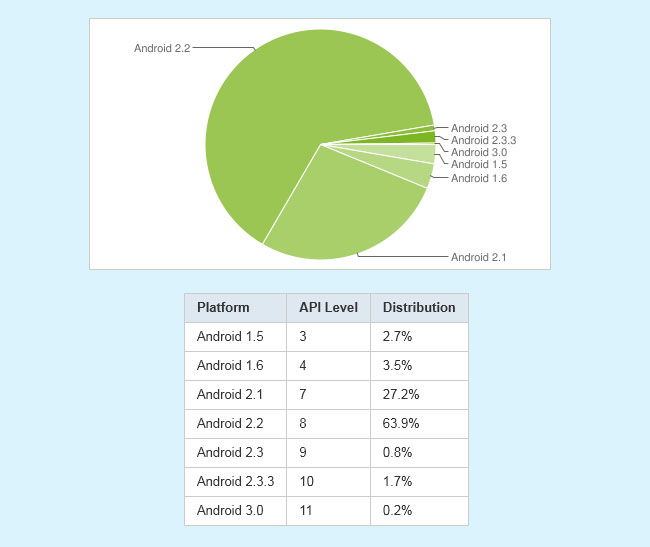 You can find out full details on the all the latest figures released by Google over at the Android Developers website.