AMD has this week published a new video detailing their new AMD Turbo Dock technology and the benefits of using the technology with tablet devices.

The new AMD Turbo Dock technology has been created to provide tablet users with the performance they require when their tablets are attached and not attached to a keyboard dock. 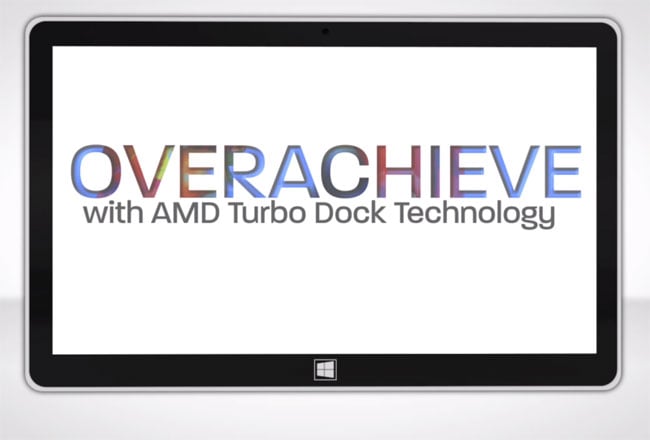 For instance AMD Turbo Dock will automatically adjust the processor power in AMD equipped tablets, when you are not attached to the keyboard dock, helping to increase battery life and functionality. However when you are docked with the keyboard and mostly an additional battery within it, the AMD Turbo Dock technology will up the processor power and allow you to carry out more intensive processes such as 1080p HD video playback, 3D gaming, and other features.

“Turbo Dock is in effect a dynamic throttling system that boosts CPU and GPU performance by up to 40-percent when a hybrid PC is docked, on the assumption that the user is likely to be doing more system-intensive content creation.”