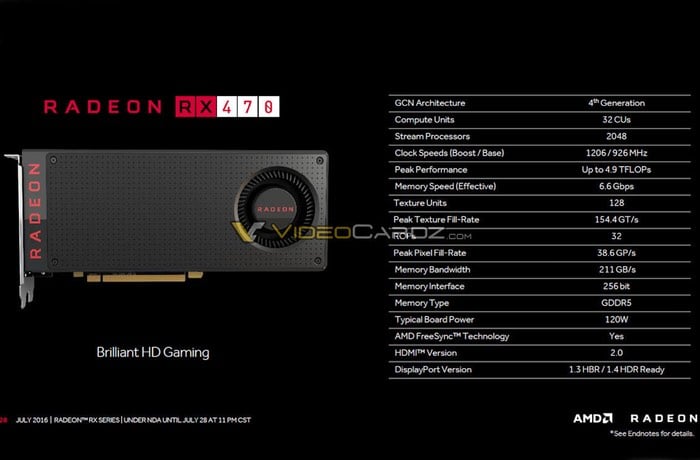 Anyone interested in the new AMD Radeon RX 470 and RX 460 graphics cards which have been expected for some time will be pleased to know that the official specifications have been linked ahead of any announcement by AMD.

As you can see from the images above and below the full specifications have been listed allowing you to make your purchasing choice if you are thinking of upgrading your current graphics card to one of the new AMD’s Radeon RX boards.

The slides have been leaked from the company’s official press presentation ahead of the early August launch and reveal that the RX 470 is based on the same “Ellesmere” Polaris10 silicon as the RX 480. 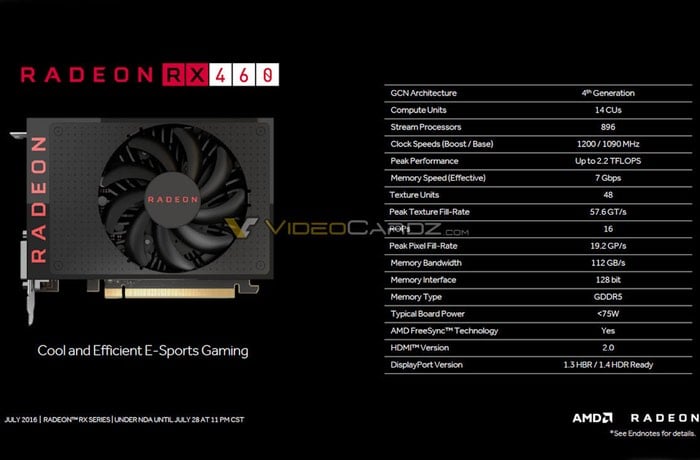