After leaking a few early images of their new AMD Radeon HD 6990 graphics card back at the end of February. AMD have now officially launched the beast and for the time being claims the title of the ‘Worlds Fastest’ graphics card.

The new monster graphics card is equipped with a huge 4GB of GDDR5, 3,072 Stream Processors, 64 ROPs, and an 830MHz core clock speed. Together with a dual-BIOS switch will let you overclock it to 880MHz with a corresponding increase in voltage. But with this sort of specification expect it to eat up juice, first reports estimate that the card requires 375W. 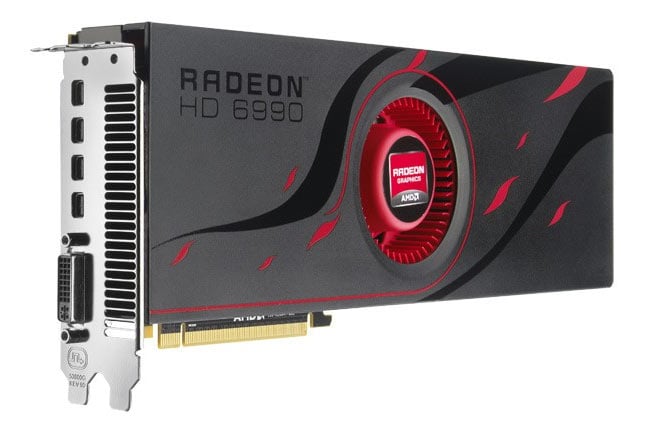 It will be interesting to see just how long the AMD Radeon HD 6990 card can keep the World’s Fastest title with the immanent release of the NVIDIA’s GTX 590 graphics card. We will keep you informed. You can read  reviews on the AMD monster here: Hot Hardware &  Hexus