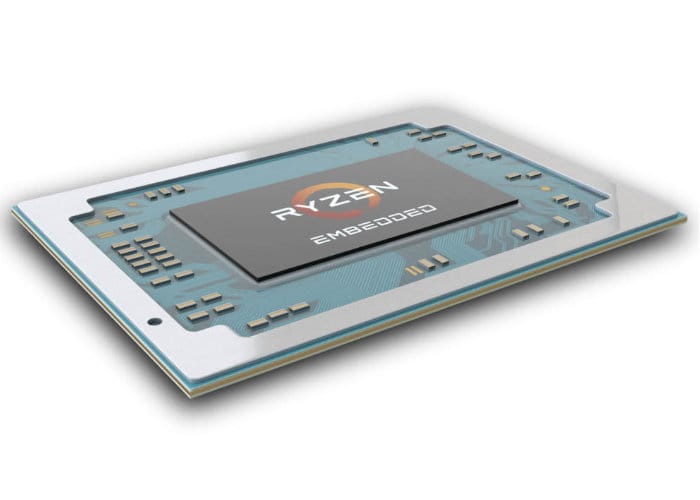 While the AMD Ryzen Embedded V1000 processor offers users up to 2X uplift in performance over previous generations, 3X more GPU performance and 46 percent more multi-threaded performance than competing boards. Together with a 26 percent smaller footprint than other boards on the market.

The AMD Ryzen Embedded V1000 offers up to four CPU cores/eight threads and up to 11 GPU compute units to achieve processing throughput as high as 3.6 TFLOPS. While the AMD EPYC Embedded 3000 offers integrated I/O with support for up to 64 PCIe lanes and up to eight channels of 10 GbE as well as offers designs fitted with 4 to 16 cores, all available available in either single-thread and multi-threaded configurations.

For a full list of all the features and specifications you can expect from the AMD Embedded EPYC 3000 and Ryzen V1000 processors jump over to the official press release which was launched today by AMD by following the link below.