Amazon recently removed WikiLeaks from their servers last week, as they said that the website was against their terms and conditions, but that hasn’t stopped them selling a WikiLeaks eBook, which has just appeared in their website.

An eBook for the Amazon Kindle, called ‘ WikiLeaks documents expose US foreign policy conspiracies. All cables with tags from 1- 5000’ is now up for sale on the Amazon website, published by an author called Heinz Duthel. 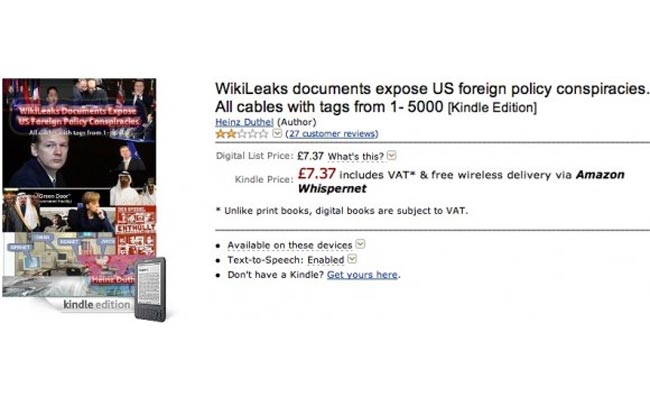 The eBook was first spotted by Jack Schofield, who mentioned it on Twitter. The information from WikiLeaks is freely available online, so we are not sure if the author uploaded it to Amazon in an attempt to profit from all the press WikiLeaks has been getting recently, or if it was an attempt to make Amazon look incompetent after they removed the WikiLeaks website from their servers.