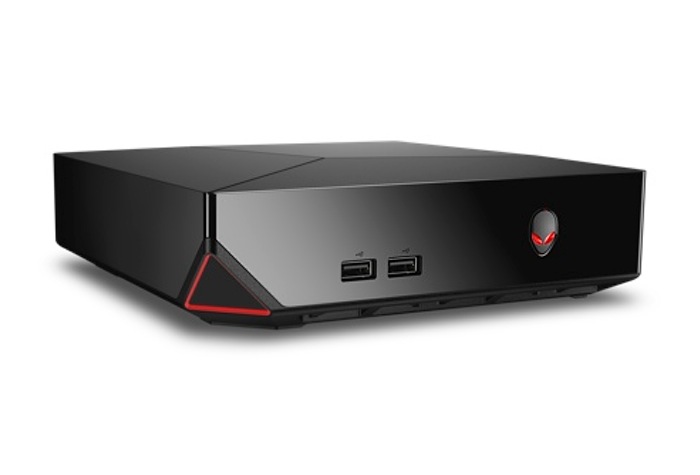 Dell has this week unveiled their new entry level Steam Machine at E3 in the form of the new Dell Alienware Alpha which has been specifically designed to run Valve’s Steam OS and support the new Steam Controller. Both of which are still in the final stages of development by Valve.

The Dell Alienware Alpha Steam Machine will be priced starting at $550 and for that is powered by a Intel Core i3 Haswell process supported by 4GB of 1600MHz DDR3 RAM and a custom-built Nvidia Maxwell-based graphics processing unit, with 2GB of dedicated GDDR5 video RAM.

Other features of the new Alienware Alpha Steam Machine include dual-band wireless and Bluetooth 4.0 connectivity, HDMI In with direct HDMI pass-through and HDMI Out offering uncompressed 8 Channel Audio and support for 4K Ultra HD content.

Together with 2 x USB 3.0 ports and 2 X USB 2.0 and 500GB of internal storage provided by a SATA 3 HDD. Until Valve releases their new SteamOS gaming operating system Dell will be suppling the Alienware Alpha Steam Machine pre-loaded with Microsoft’s Windows 8.1 64bit operating system.

Other options are also available if your budget will stretch to install a Intel Core i5 and i7 ‘Haswell’ based CPUs and 8GB RAM with options for either 1 or 2 TB of SATA 3 storage. The new Steam Machine will be ready and shipping before the holiday season and will include a black Xbox 360 Wireless Controller with receiver.